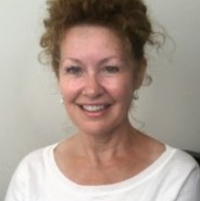 There is an old saying that it takes a village to raise a child, but Jessie Jollymore has experienced that sometimes it takes the children to raise the village.

Working as a Dietitian in inner city health for 15 years, she witnessed the challenges that people face every day with food security, isolation, and poverty. The idea bloomed of creating a sustainable micro-economy in the inner city, where children would be the change makers in growing local food systems, creating models for experiential education, and building a social enterprise that contributes back while paying it forward. This led to over 50 children leading the way in growing 4000 pounds of organic produce yearly for their community, building innovative outdoor classrooms, and running a successful Fresh Herb Dressing social enterprise, where 100% of proceeds go into growing food and scholarships. In 2016, the children won the top honour for Ernst and Young’s Social Entrepreneur of Year for Atlantic Canada. This past year the youth were named one of the top pitches on the CBC hit show, Dragons Den.